Protectionism and the Australian automotive industry 1896 to 2012 - a timeline 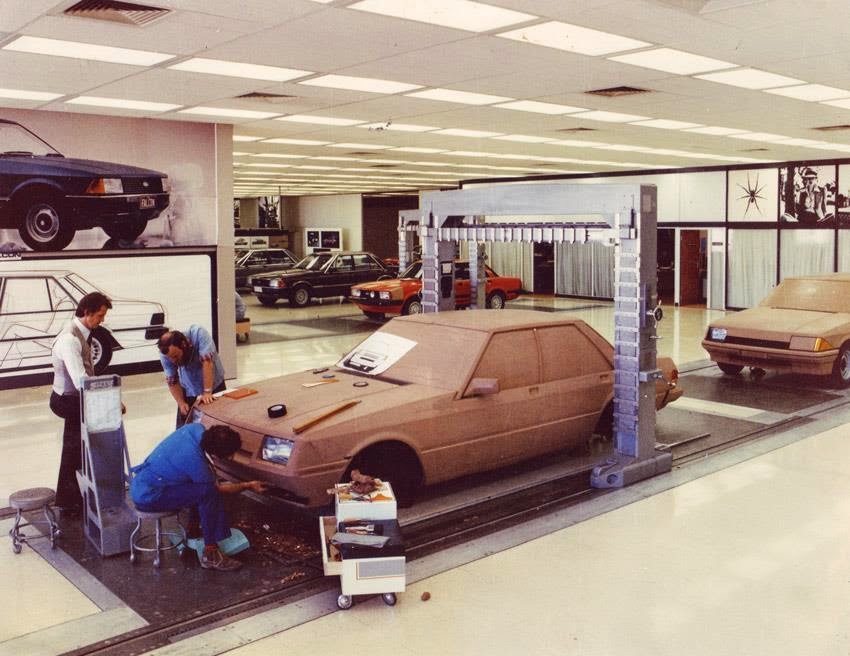 Note: This was prepared as part of research for a client. I thought it could be useful to share as I couldnt find anything similar online. Please credit this site and D.C. Haas if you use it in any research or papers.

1901 – Upon federation trade between former colonies becomes duty free, with tariffs imposed upon imported goods to provide the major revenue stream for the new Australian nation.

1903 – Local production of cars from a factory built by Harley Tarrant.

1907 – A preference tariff rate introduced for vehicles imported from the UK. Known as the BP (British Preferential) duty. Eliminated in 1974.

1916 – Hughes government imposes ban on importation of foreign made car bodies. This is a wartime measure to preserve foreign capital (but maintained post-war)

1918 – Ban on foreign car bodies is lifted, pre-war tariffs on bodies and panels doubled, high tariffs on imported chassis, lower tariffs on unassembled chassis. The aim of these measures was to provide an incentive for the local assembly and production of cars and associated investment.

1931 – The Australian pound and UK pound sterling are no longer at parity. This follows the collapse of the gold standard in 1929. Australia devalues pound by 25%

1936 – Lyons government introduces increased tariffs on imported engines, chassis and bodies. A ‘bounty’ is paid for each engine produced locally. The long term aim of these measures is to provide incentives to build an Australian Car.

1939 - Britain's share of the Australian imported vehicle market is 40%

1939 – The Australian car industry at the end of the 1930s consisted largely of the assembly of imported C.K.D. chassis using some Australian made parts, and the manufacture of complete bodies, mostly from Australian panels, but also from imported panels.

1944 – Australian Government announce formation of a government run car manufacturing company unless one is established by private enterprise.

1945 – Australian Government agree to provide assistance to GM if it can build a car with 90% Australian content.
1947 – All imports and exports now valued in Australian pounds not UK pound sterling. Tariff rate reduced from 57% to 48% to compensate.
1948 – The dollar crisis peaks and import quotas for North American cars are reduced from 60 to 90 percent.
1948 – GM/Holden deliver the 48/215 to the Australian market. It is Australian built to an American design.

1949 – GM, Ford Chrysler and International Harvester agree to raise local content on cars if duties on some imported components is reduced.

1955 – The value of imported bodies and cars has declined by 61% while local production has increased.

1966 – Tariff on completely built up cars raised from 35% to 45% giving Australia the second highest CBU tariff in the world.

1972 – Nissan and Toyota ask permission from the Australian Government to build local factories and manufacture cars under the high-volume plans.

1974 – The BP (British Preferential) duty is eliminated. This favourable duty for UK manufactured vehicles imported into Australia dates from 1907.

1975 – Whitlam government imposes quotas on automotive imports. Effective assistance to the vehicles and parts sector rises from 54% to 79%.

1977 – Nissan-Datsun begin local production of the Datsun 200B

1979 – The Lynch Plan is announced. Under this scheme, Australia is to become a part of the ‘world car’ movement. GMH builds a $300m engine plant, with the aim to export at least half of its production of 300,000 4 cylinder engines per year..

1980 – Industries Assistance Commission report assesses that protection increases the cost of a locally manufactured car by $3000.

1981 – The Australian Government announces an automotive component Export Facilitation Scheme. Effective assistance to the vehicles and parts sector rises from 71% to 110%. This scheme allows vehicle manufacturers to reduce the level of local content in their vehicles below 85%, conditional on their export performance. The additional duty free entitlements (export credit) could then be used to import components free of duty or sold to other local vehicle producers.

1983  – Hawke Keating government come to power, with a focus on economic reform.

1984 – Button Car Plan – provide protection to manufacturers, while allowing an orderly transition to a completely open market. Import quotas declined from 20% in 1984 to zero in 1988. Import tariffs were to decline from 57% in 1984 to 15% in 2000. A stated aim was to see no more than three local manufacturing entities by the early 1990’s. An export facilitation scheme was established to provide external markets for Australian cars.

1986 – Button plan updated with producers of low-volume models (less than 15,000) required to cease production of that model by December 1988, or face withdrawal of import concessions. A sliding scale of penalties would be introduced in December 1988 targeted at volumes of less than 40,000.

1987 – Australia’s component manufacturing industry had shrunk to 35 manufacturers, producing 70% of the industry’s output.

1989 – Tariff on imported components paid by local manufacturers dropped to enable 15% of imported components for cars to be duty free, with additional components able to be imported at the prevailing passenger car tariff rate. Export credits could also be applied to lower the amount paid.

1990 – Four of the eight models produced locally have sales above 40,000 vehicles. Ford Broadmeadows builds over 100,000 vehicles.

1990 – An MIT study ranks the Australian automotive industry the lowest in the world in three areas: workforce flexibility, human resources management and overall management. It also finds the Australian factories to have the lowest rates of automation. It regards low volume production leading to no business case for investment in facilities and automation as a main reason for these figures.

1991 – A package based on an Industry Commission report is announced. It continues phased tariff reduction and the export facilitation scheme. It also abolishes the 15% bylaw concession on imported components by 1996.

1994 – Australian Government signs up to Uruguay Round of GATT. Agree to continue removing tariffs.

1995 – The Australian automotive industry employs 47,000 people representing 0.6% of all employment.

2001 – Automotive Competitive and Investment Scheme – Announces that tariffs on passenger vehicles and components will be reduced to 10% in 2005 and 5% in 2010. Between 2001 and 2015 the industry will receive $7.2billion of assistance through the Automotive Competitiveness and Investment Scheme. This program amounts to about $480 million a year in assistance.

2002 – Locally manufactured vehicles accounted for 26% of the market.

2003 – Australian Government provide $200 million in assistance to Mitsubishi to continue operations in South Australia until 2005.

2003 – There are about 200 local vehicle component suppliers.

2006 – Australian Government provides a $52 million grant to Ford with dollar-for-dollar assistance from the Victorian Government to expand design operations and develop left-hand drive versions of the Falcon and Territory.

2007 – Import duties on passenger cars and light commercial vehicles in the 2006-07 financial year totalled $1.2billion. A subsidy of nearly $2000 per vehicle produced in Australia according to the Productivity Report and ABS data.

2008 – In the U.S., GM Headquarters discontinues the Pontiac brand. GM Holden's exports decline by 86% as the Pontiac G8/Holden Commodore accounted for half of Holden's total annual production.

2009 – Cars built in Thailand comprise 15% of local car market. They attract no tariff dues to the Thai/Australia FTA. Tariffs on cars imported to Australia attract 80% tariff.

2011 – Bosch Australia announces retrenchment of 120 staff. Employment at Bosch’ Clayton facility has fallen from 2000 to 1200 and now just over a thousand. Bosch announced that the bulk of the remaining manufacturing activities would be relocated to other facilities, mainly in China and India, over a two-year period. The total workforce at Clayton would be reduced by 380 leaving approximately 700 employees.

2012 – Three local truck makers have 5% of domestic truck market. Iveco, Paccar and Volvo. All are subsidiaries of foreign manufacturers.

2012 – Toyota cut 350 jobs from its workforce at Altona to about 3000 employees, due to falling export demand.

2012 – Toyota Australia builds 94,000 cars locally
2010 – 2012  TOYOTA lost $700 million in three years, but is negotiating for more taxpayer dollars to build a new model in Australia. The loss equates to about $3500 for every car Toyota exported to the Middle East over the past three years. In the same period, the federal and Victorian governments contributed almost $100 million to Toyota's manufacturing operations - $35 million to go towards the local production of the Camry Hybrid and a further $63 million to go towards a $330 million upgrade of Toyota's engine factory at Altona.

If you have figures and data that can fill in gaps - please email me.

If you use this data in your paper, please email me a copy.

This information was prepared as part of research for a client. I thought it could be useful to share as I couldn't find anything similar online. Please credit this site and D.C. Haas if you use it in any research or papers.

Sources for some material provided here can be provided upon request.

If you like this blog then bookmark the site, and also visit the Facebook page 'On Four Wheels' for more frequent updates.