I spotted this car in one of the merchandise areas  at Summernats 2012, and had a quick look. A pretty accurate replica of the Roop/ Charlie Pursuit Falcon from Mad Max 1. Also known as 'Big Boppa' as that was the callsign they used in the film. Sadly, due to the lighting none of my interior photos turned out well. They even had a pair of Dinki-Di pet food cans sitting on the dash (I know, wrong film, max chows down on Dinki Di in Mad Max 2, but...) 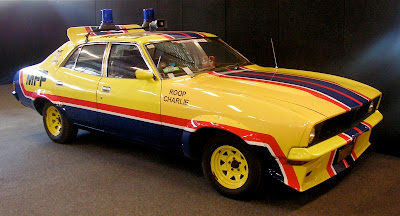 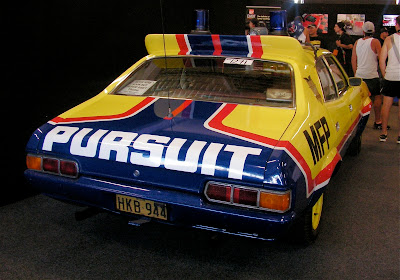 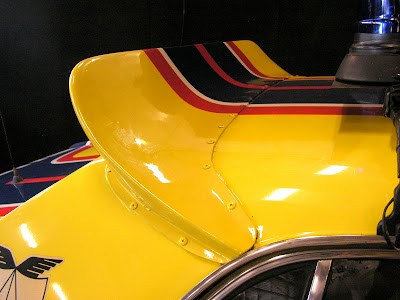 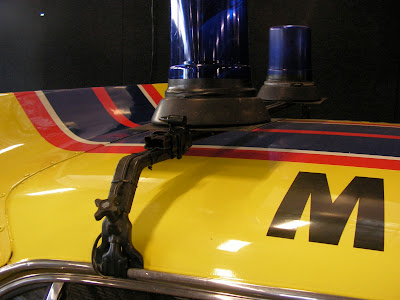 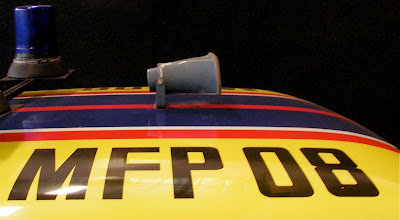 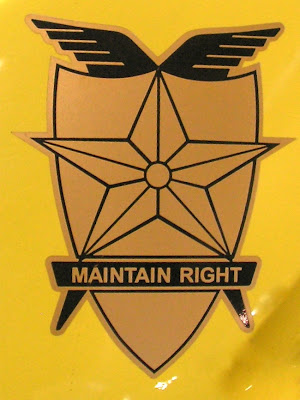 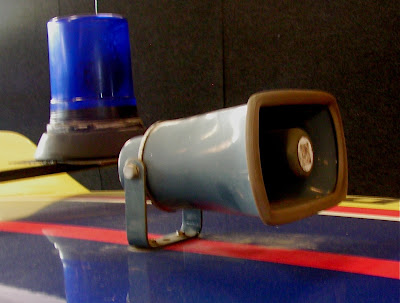 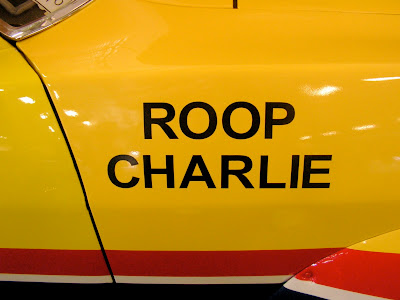 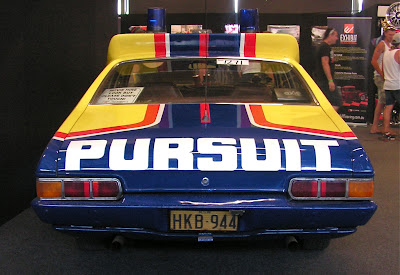 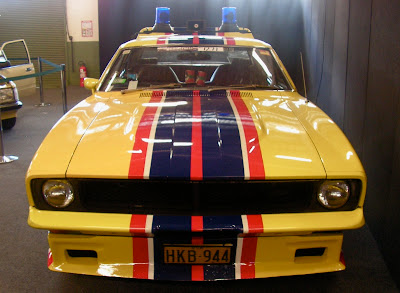 This is a great homage to the original, and is clearly street driven. I hope the people who brought it to Summernats 2012 had fun. I didnt see it cruising - now that would have caused a sensation - especially if the lights and siren were operational! I would have loved to see it on the burnout pad as well - also with lights and sirens on!

Why is this car iconic ? Its one of the most memorable cars from Mad Max 1. Where its climax arrives in the form of destroying a caravan - a stunt performed by Grant Page that is still great to watch 30 plus years later. 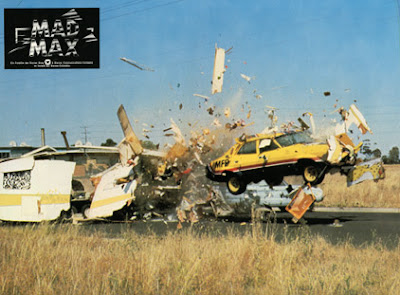 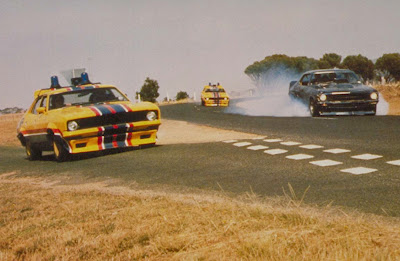 For details on the real car go to the MadMaxMovies.com website.


If you like this blog then bookmark the site, and also visit the Facebook page 'On Four Wheels' for more frequent updates.
Posted by D.C. Haas at 12:34 AM