Utes are as Australian as Vegemite, that is they are an Australian invention owned by American corporations... Summernats is a great venue to observe the ute at work and play. Many are entered as show cars and make their way down the burnout track, but most are used to haul the show cars to EPIC and then used as cruisers. It's a great way to circle all day with your mates in the back.
For this photoessay, I've put the US utes at the beginning then the Holdens then the Fords. I know that one tonners and US pickups are mixed in here, but overall - this is a nice look at the Aussie ute. 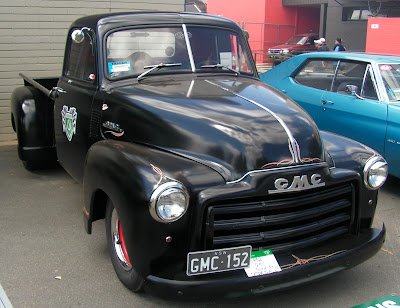 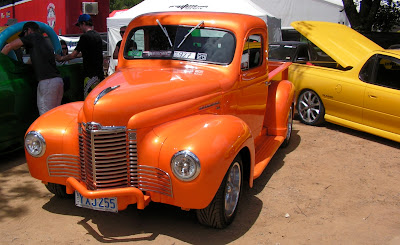 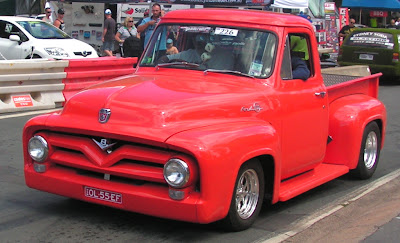 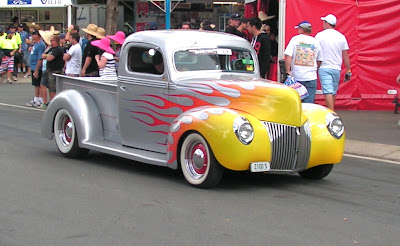 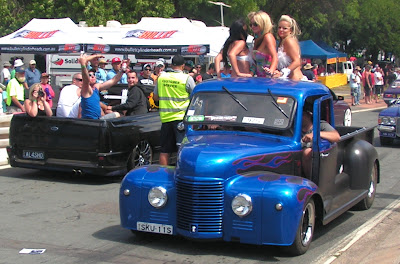 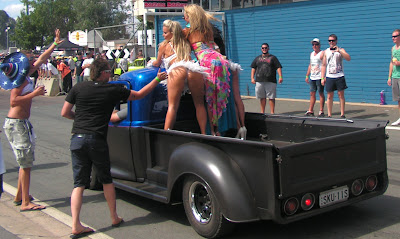 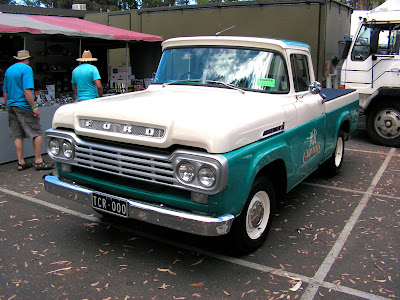 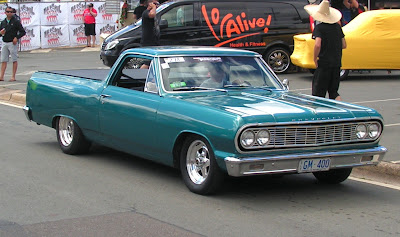 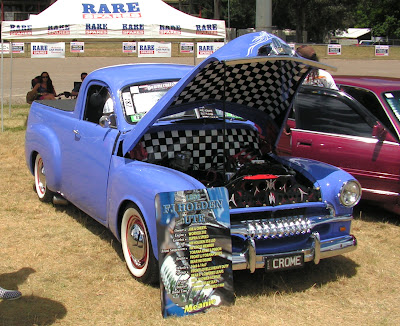 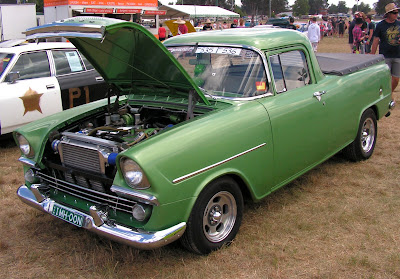 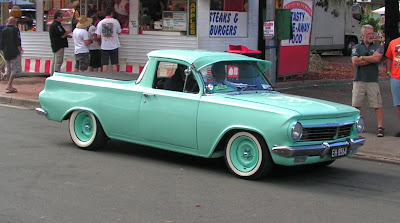 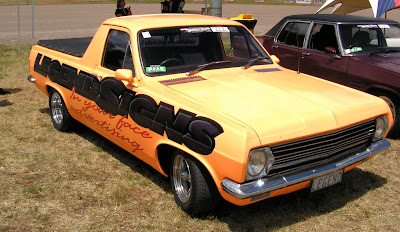 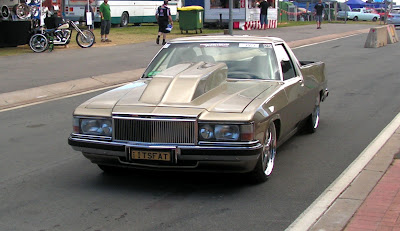 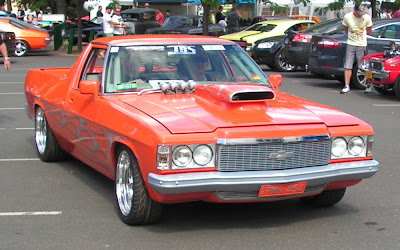 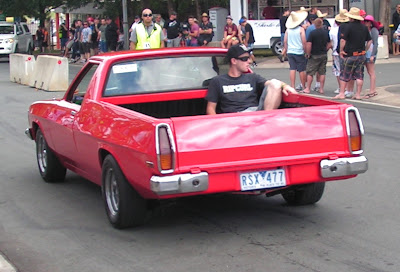 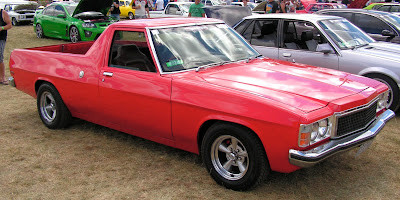 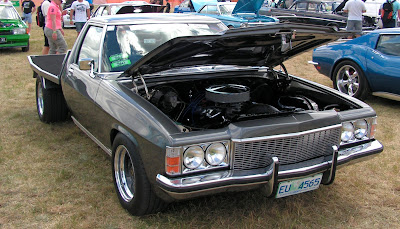 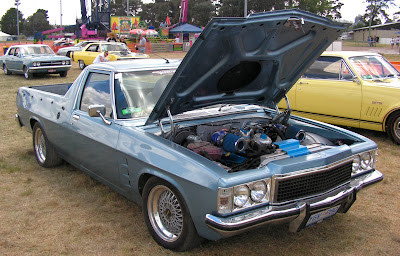 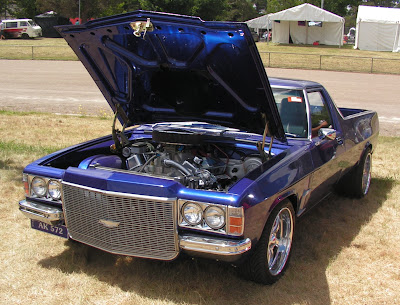 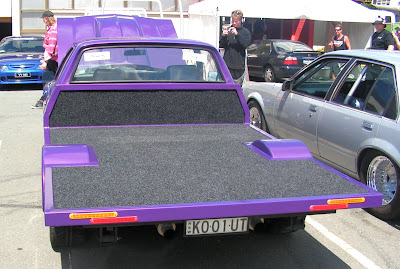 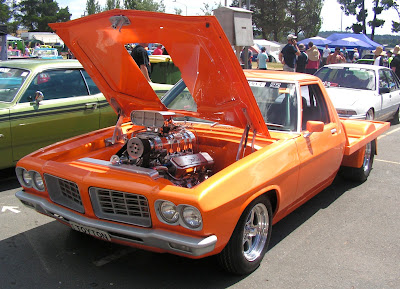 HSV Bodykit on a VY ute 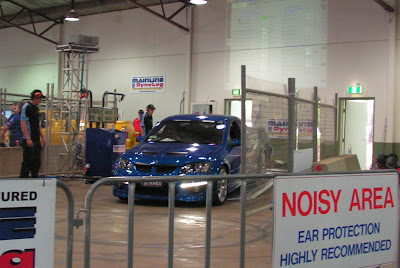 HSV ute in the Dyno shootouts 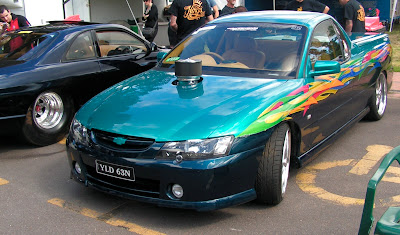 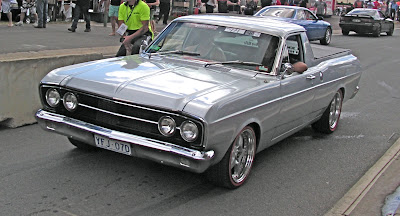 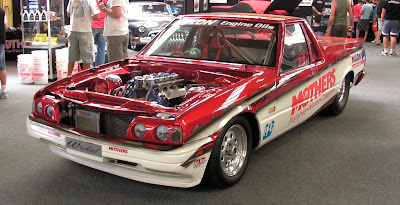 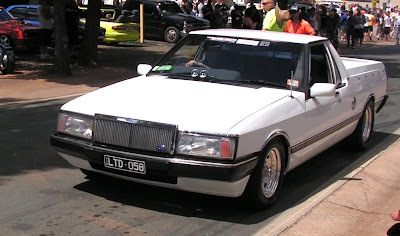 LTD front on an XE ute 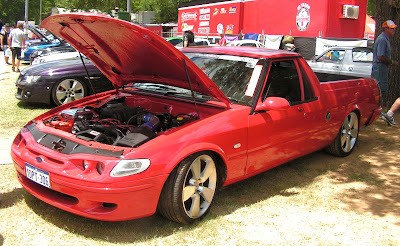 Summernats 2012 - How to get banned from Summernats - NUKINFUTS Gemini burnout