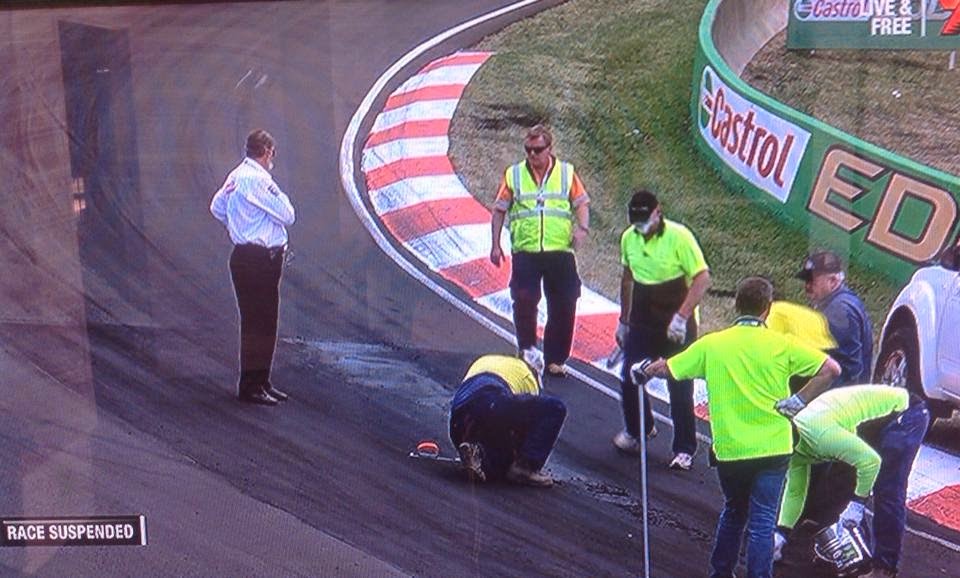 Bathurst 1000 is an annual event, with months of preparation. It therefore came as a surprise when on lap 60, officials stopped the race for 45 minutes to effect repairs. True to Australian workplace conditions, there were 6 guys watching 2 guys doing the work (it's not like it needs to be done quickly). Note that there is even a guy leaning on a shovel!

This being Bathurst (where in a previous year, a kangaroo jumped into one of the cars racing), other whimsical incidents of note included the light bar on the medical car flying off at about 120km and a spectator punting a white football onto the track.

If you like this blog then bookmark the site, and also visit the Facebook page 'On Four Wheels' for more frequent updates.
Posted by D.C. Haas at 3:53 AM 3 comments:

Amphicar at German Autofest on the shore of Lake Burley Griffin 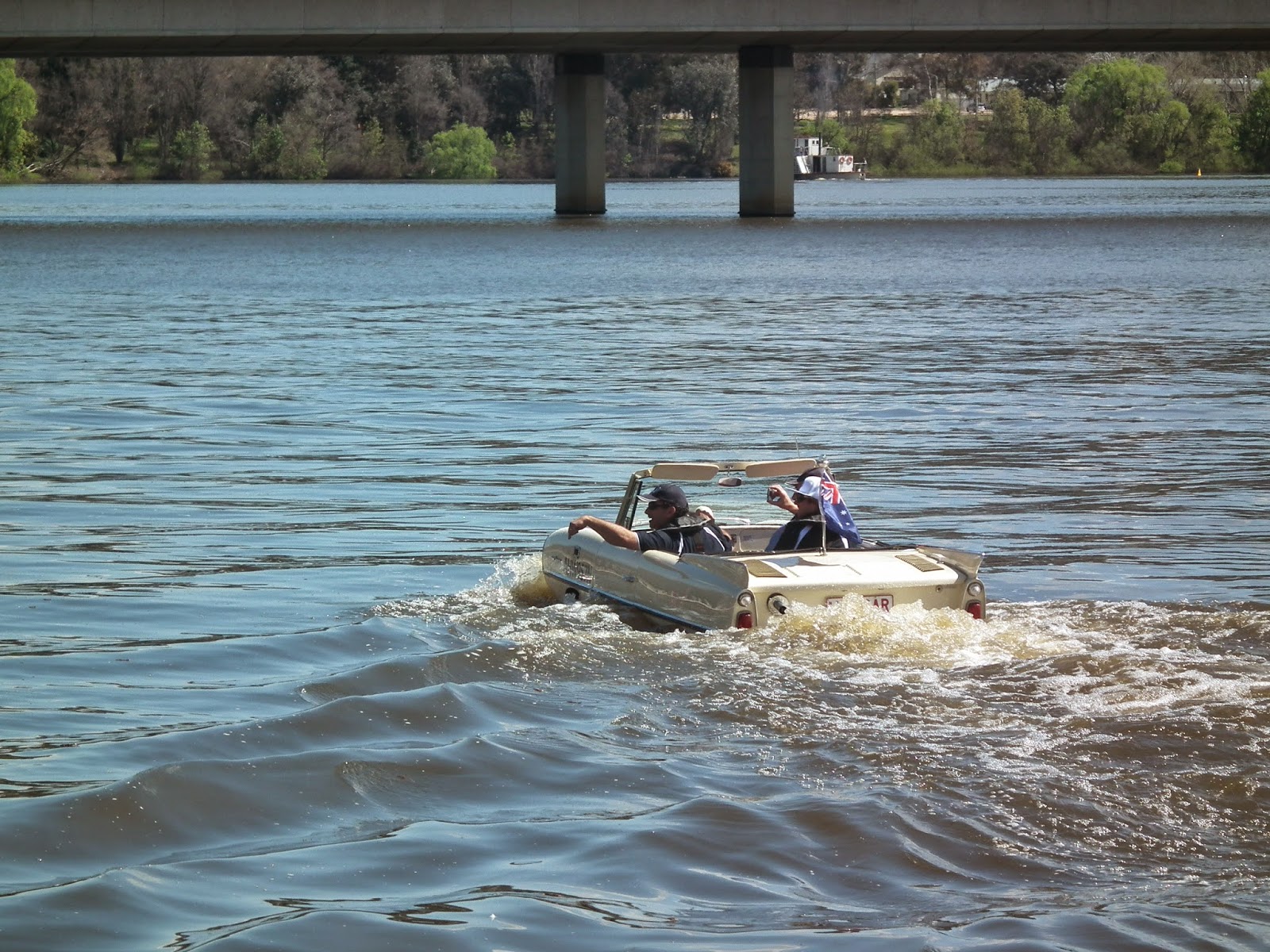 Boating on Lake Burley Griffin in an Amphicar

It was inspired thinking to hold the 2014 German Autofest on the Patrick White Lawns (between the National Library of Australia and Lake Burley Griffin). It meant that people attending the car display, could also watch an Amphicar drive to the lake, enter the water, do a lap or two from bridge to bridge, and then drive out - switching from car to boat to car - and impressing us all. 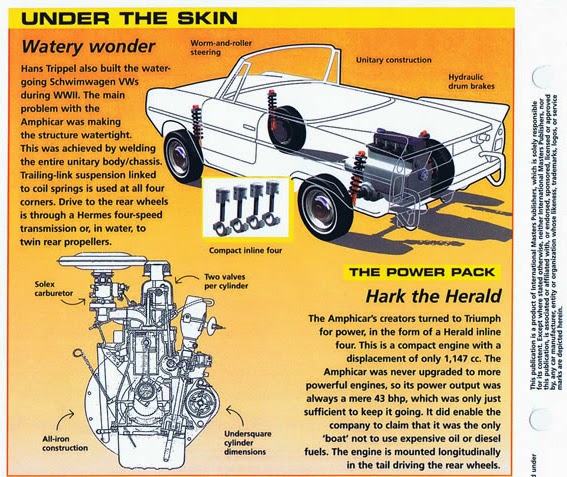 How the Amphicar works

The Amphicar is a fascinating piece of engineering, and has been on my 'must see' list for as long as I can remember. Designed by an engineer that worked on the German Schwimmwagen program during WW2, the interesting amphibian used an 1147cc Triumph engine to power itself on land and water. The 43 HP engine provided a top speed of 7 knots in the water and 110 km/h on land. First appearing in 1961 production ceased in 1965, with around 4000 made. 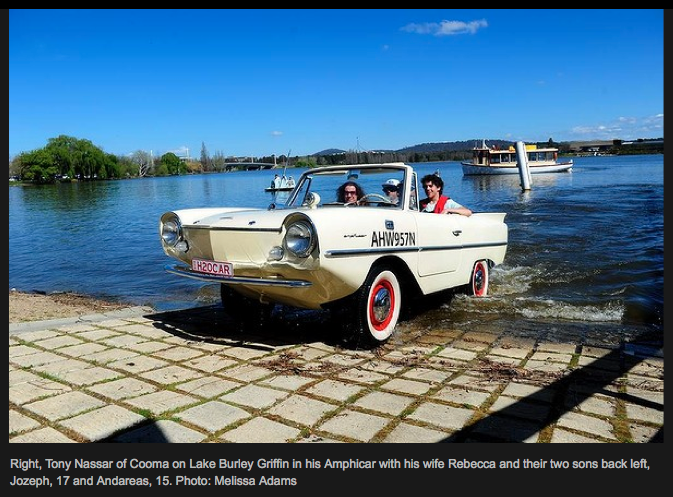 Canberra Times photo of the Amphicar driving out of the lake

The car in this article was imported in non-running condition by a Cooma based collector. It was bought at auction at a lower than expected price, as according to the owner, they are very difficult to repair and source parts for. He looked at it when it finally arrived in Australia and discovered that the polarity of the electric's had been
Read more »
Posted by D.C. Haas at 2:53 AM 2 comments:

Although I visited Summernats 2014, I didn't post any photos at the time. My stats tell me that Summernats posts are very popular, so I will post  a few sets of photos over the next few weeks. 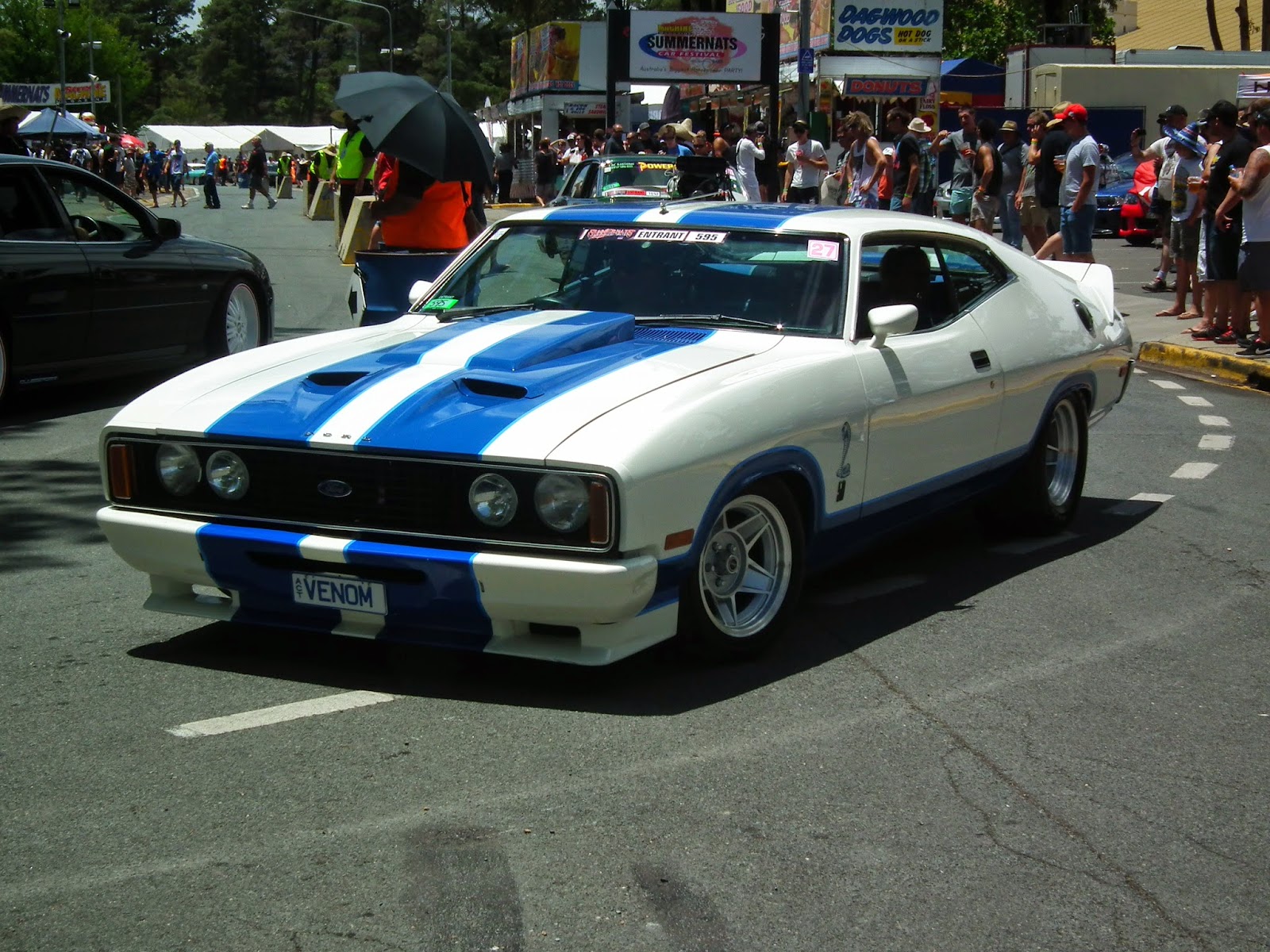 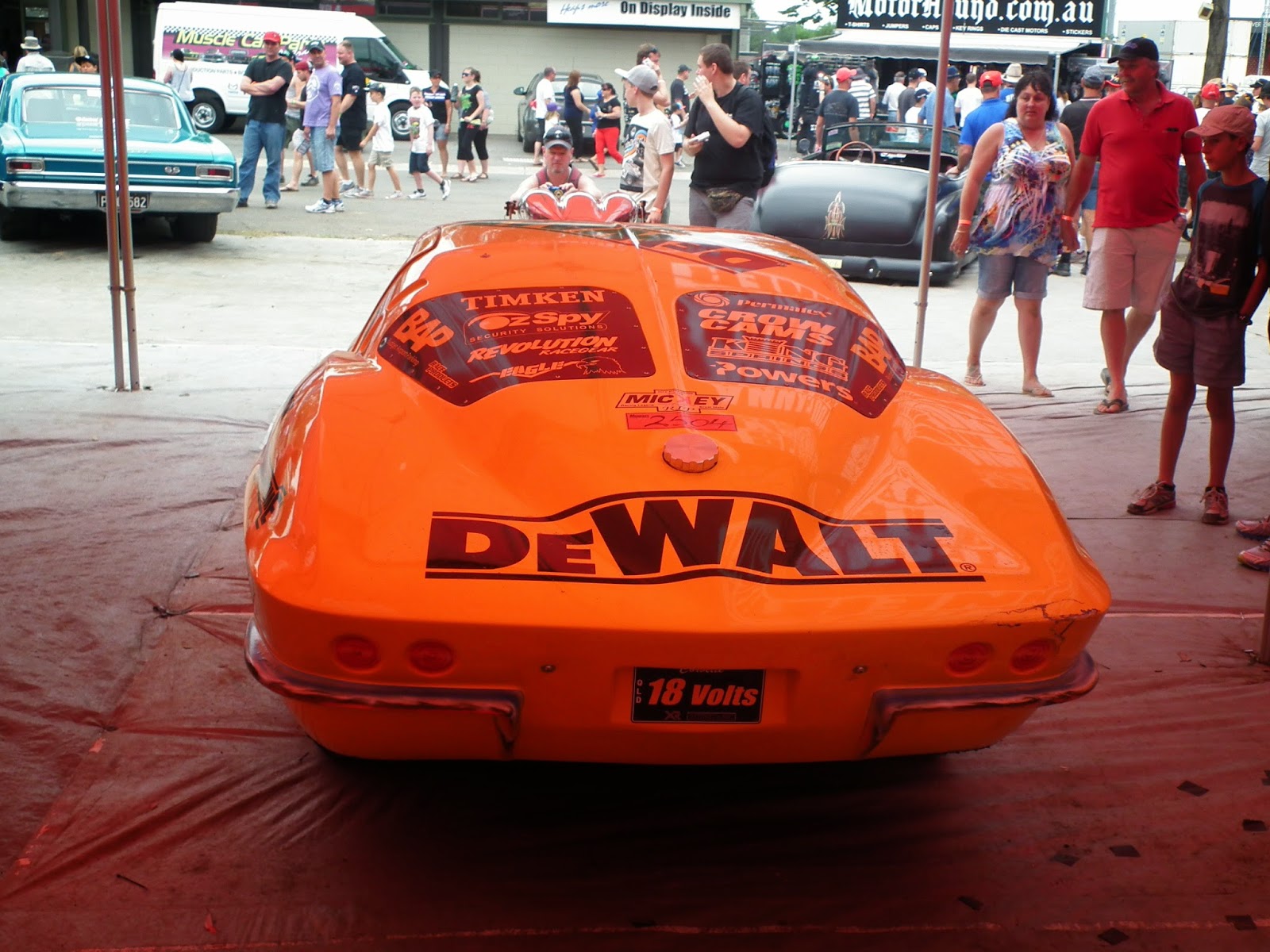 If you like this blog then bookmark the site, and also visit the Facebook page 'On Four Wheels' for more frequent updates.
Posted by D.C. Haas at 1:59 AM 1 comment: 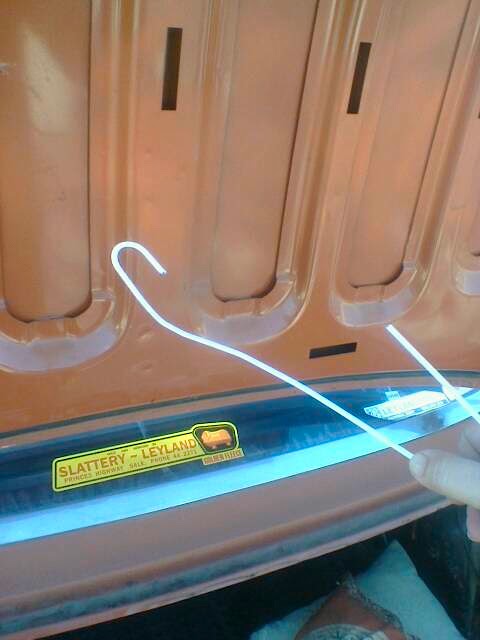 Yes I am an idiot who realises in that 'ohnosecond' (the time between realising you have made an error, and the error occurring) that I have locked the keys in my 1974 Leyland P76 Super V8. The ohnosecond occurring as the car door slams shut and I see the keys in the ignition, instead of my pocket.

How to get them out? After looking at various methods, I decided to use a plastic coated coat hanger and bent it into this shape so I could latch onto the interior door lock and jiggle it up. A complete success. I figured that a wire coat hanger might scratch the paint, so I went with a slightly thicker plastic coated wire hanger. It took about ten minutes and I was closely observed by the postman, several people walking dogs, people driving past etc.

Yes, the car has an immobiliser.

If you like this blog then bookmark the site, and also visit the Facebook page 'On Four Wheels' for more frequent updates.
Posted by D.C. Haas at 9:52 PM 4 comments: 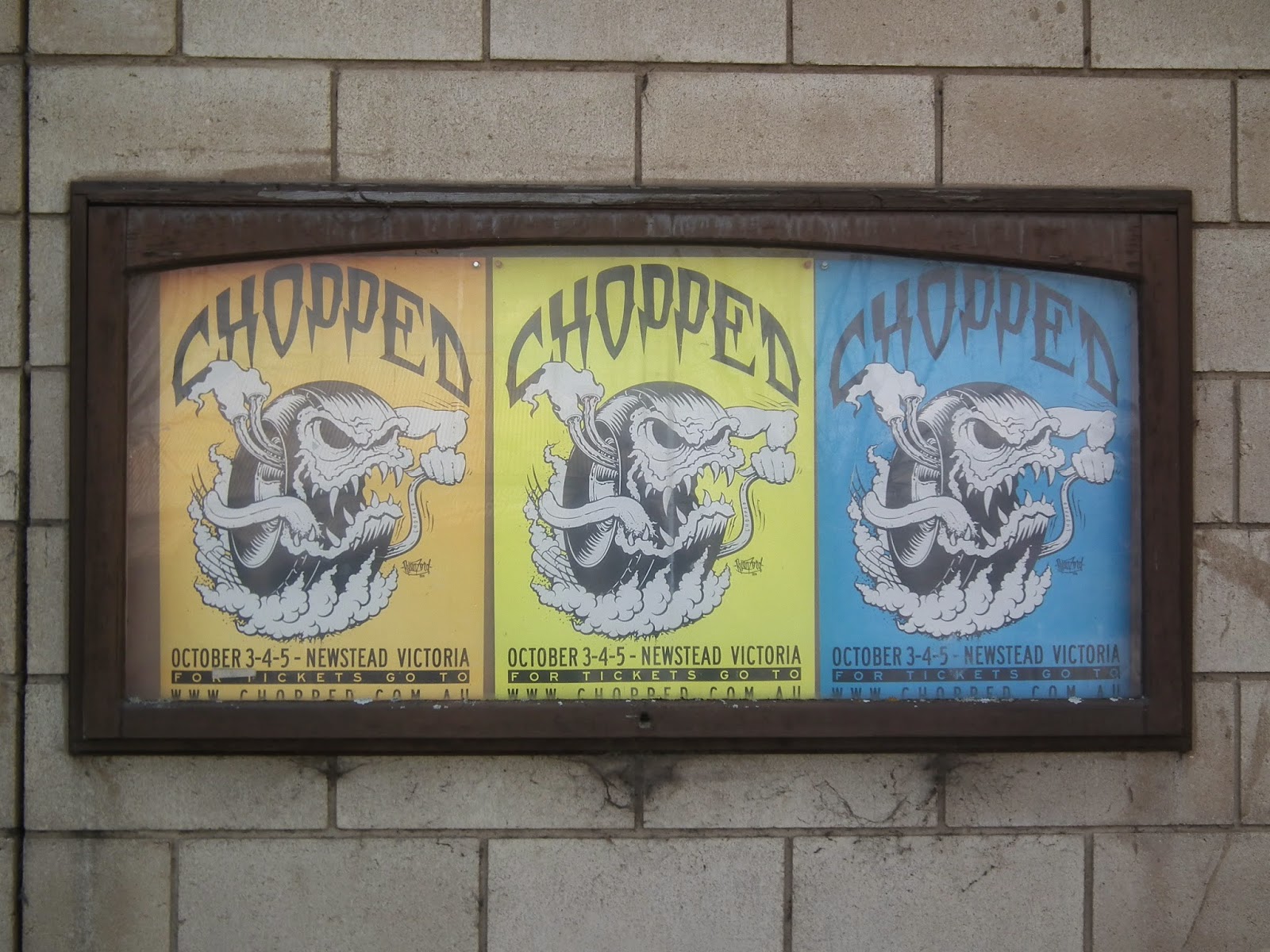 I recently visited Newstead in Central Victoria. While walking around, I noticed this very nice 32 Ford roadster. I wandered over and saw a few people in the front yard of the house it was parked in front of. It turned out that these two cars are owned by Ryan Ford, who is incredibly busy running Chopped this weekend. On the way up the Hume I saw dozens of rods and customs heading the other direction. I will definitely go in 2015. 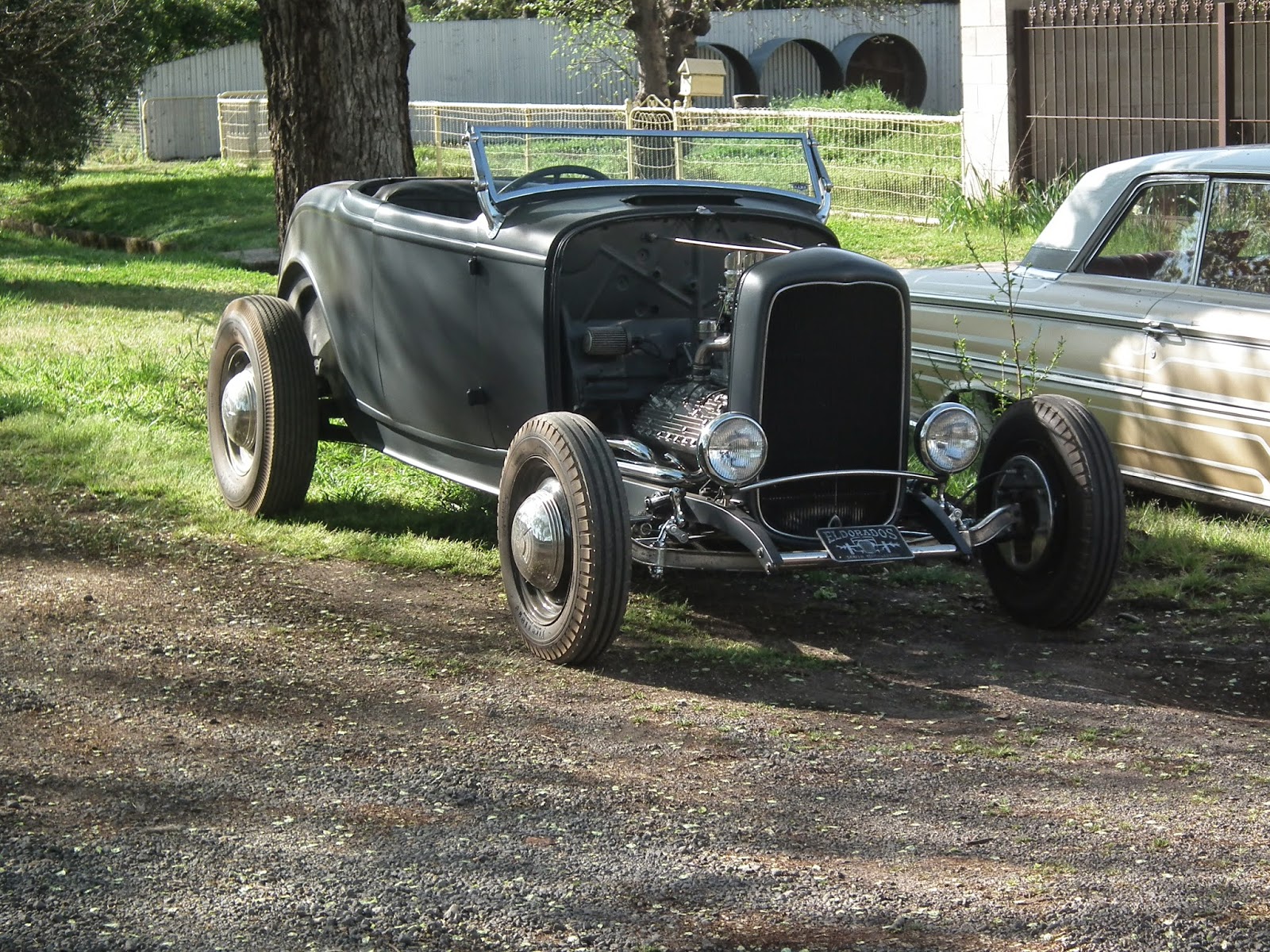 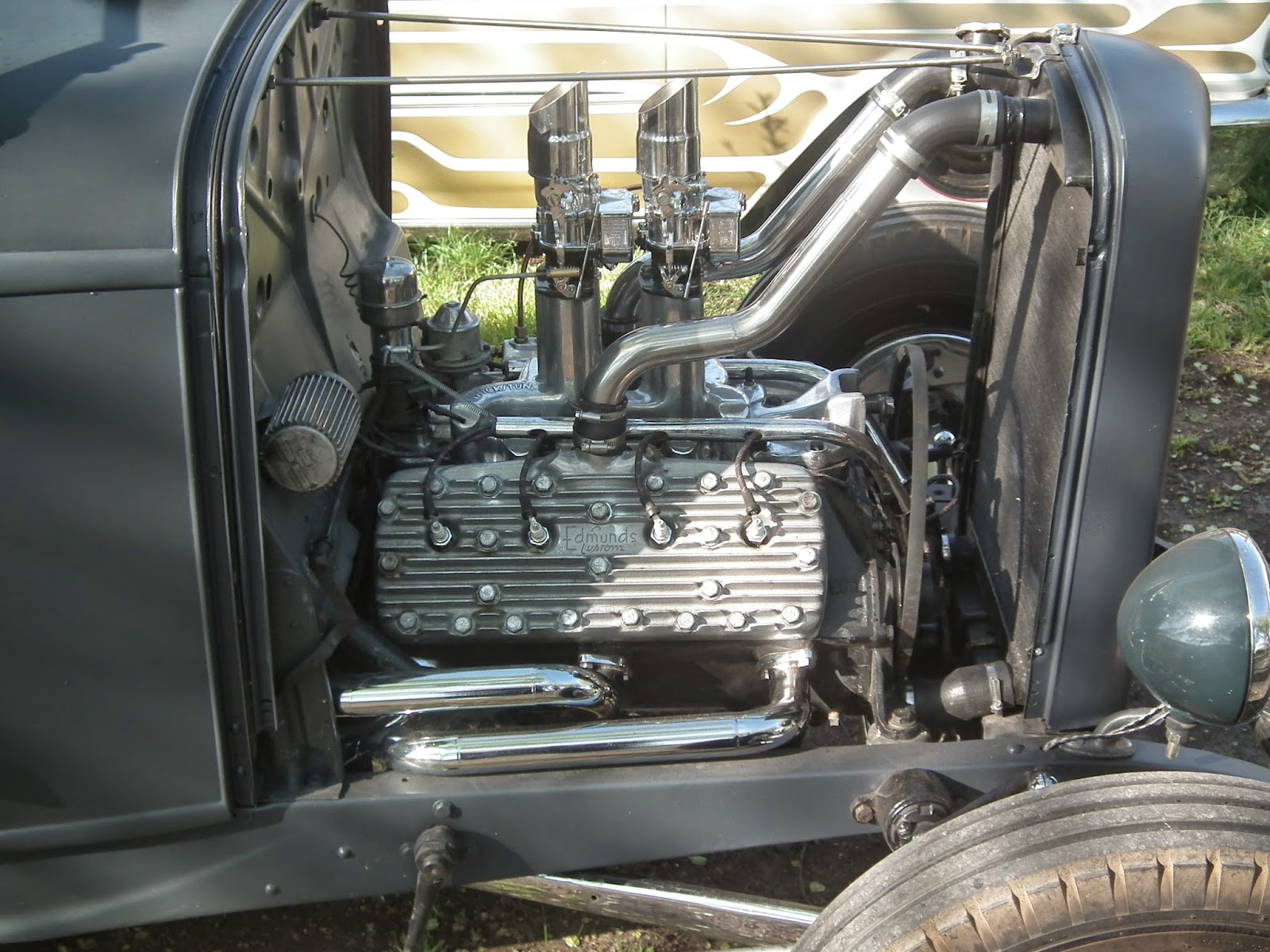 The BMW area had a few bikes as well as cars. I prefer the BMW coupes to the sedans, I think BMW just get it right. This unusual motorcycle towing a motorcycle also caught my eye, and was very popular with people all day. 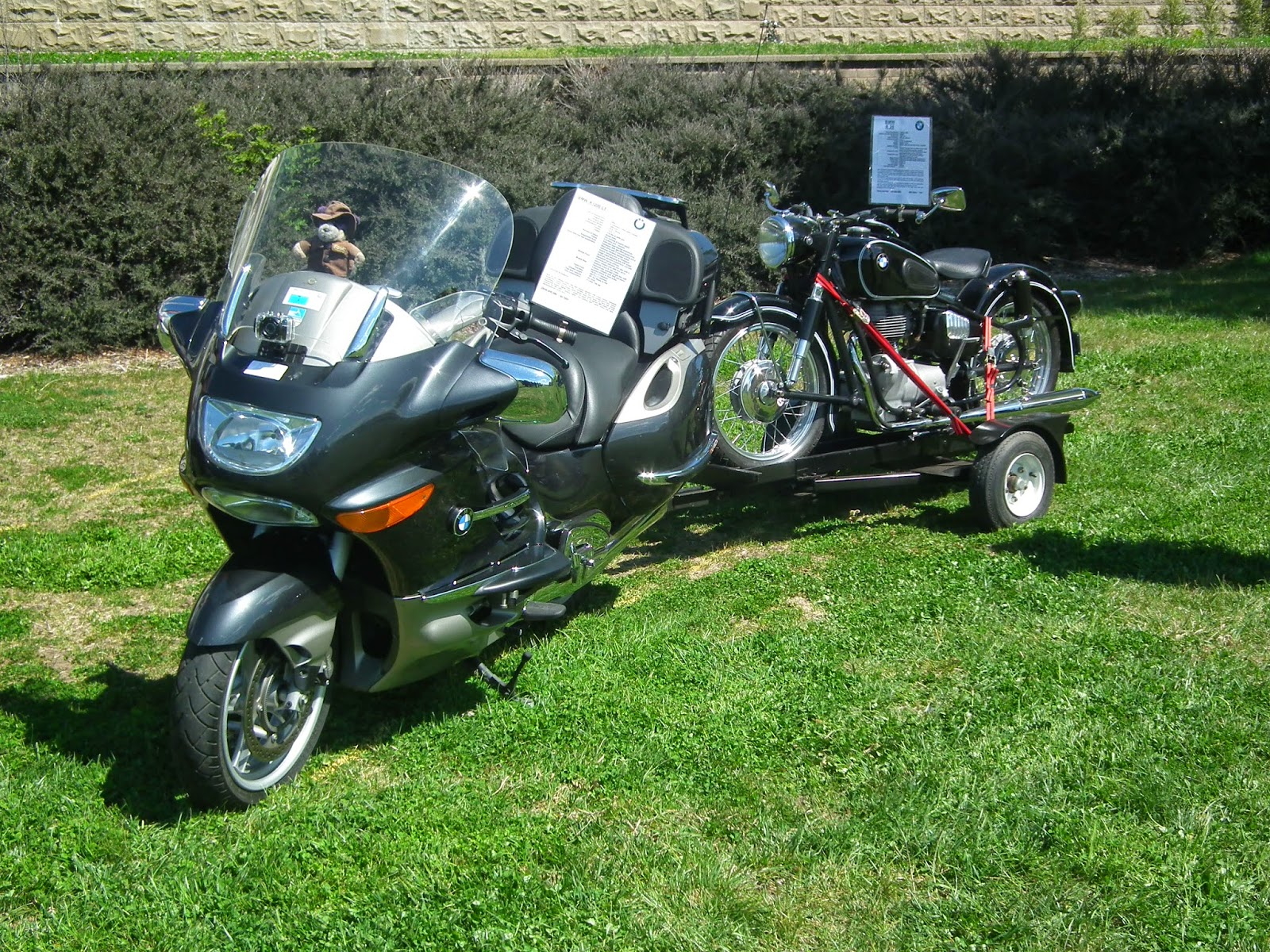 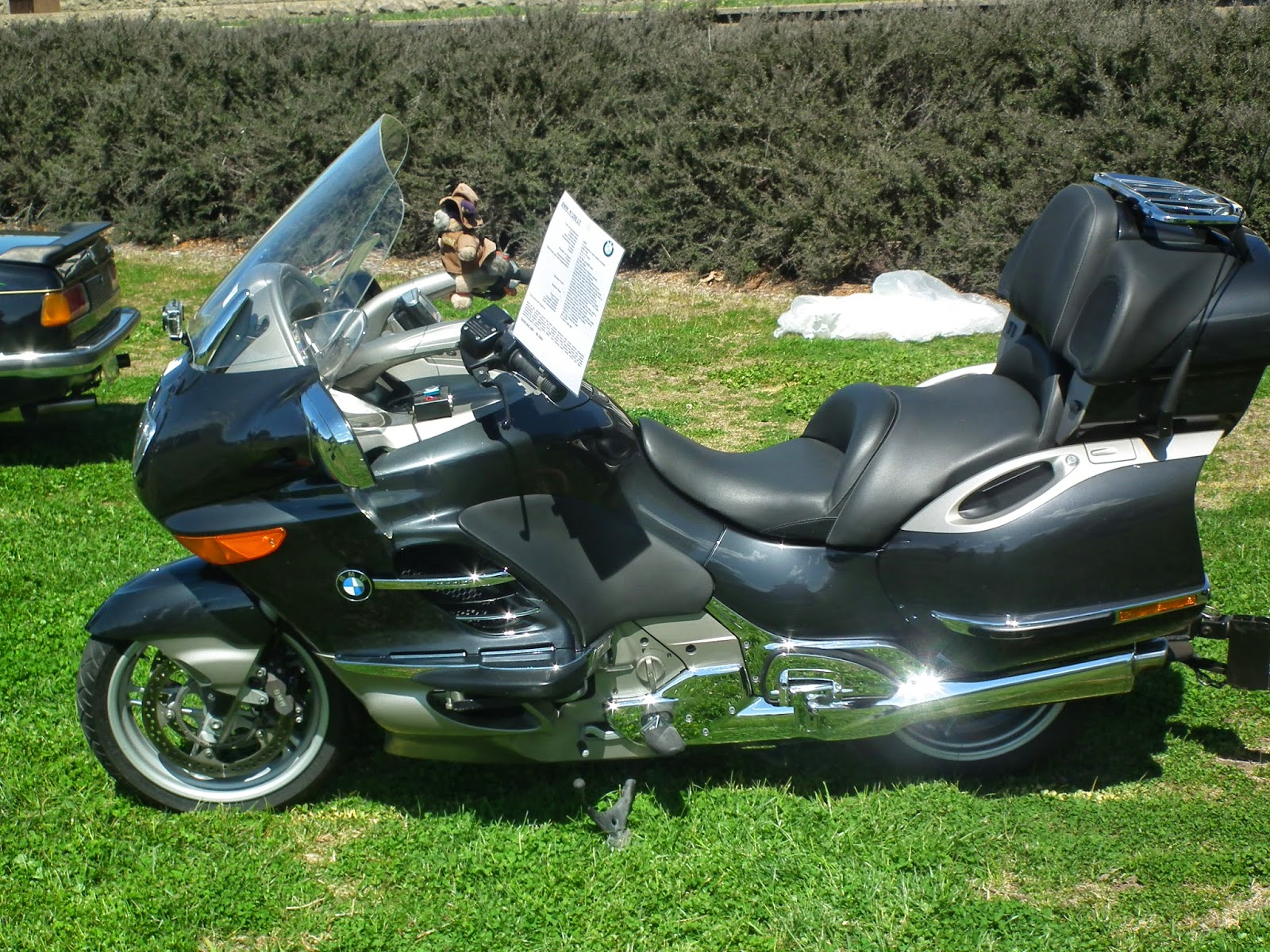 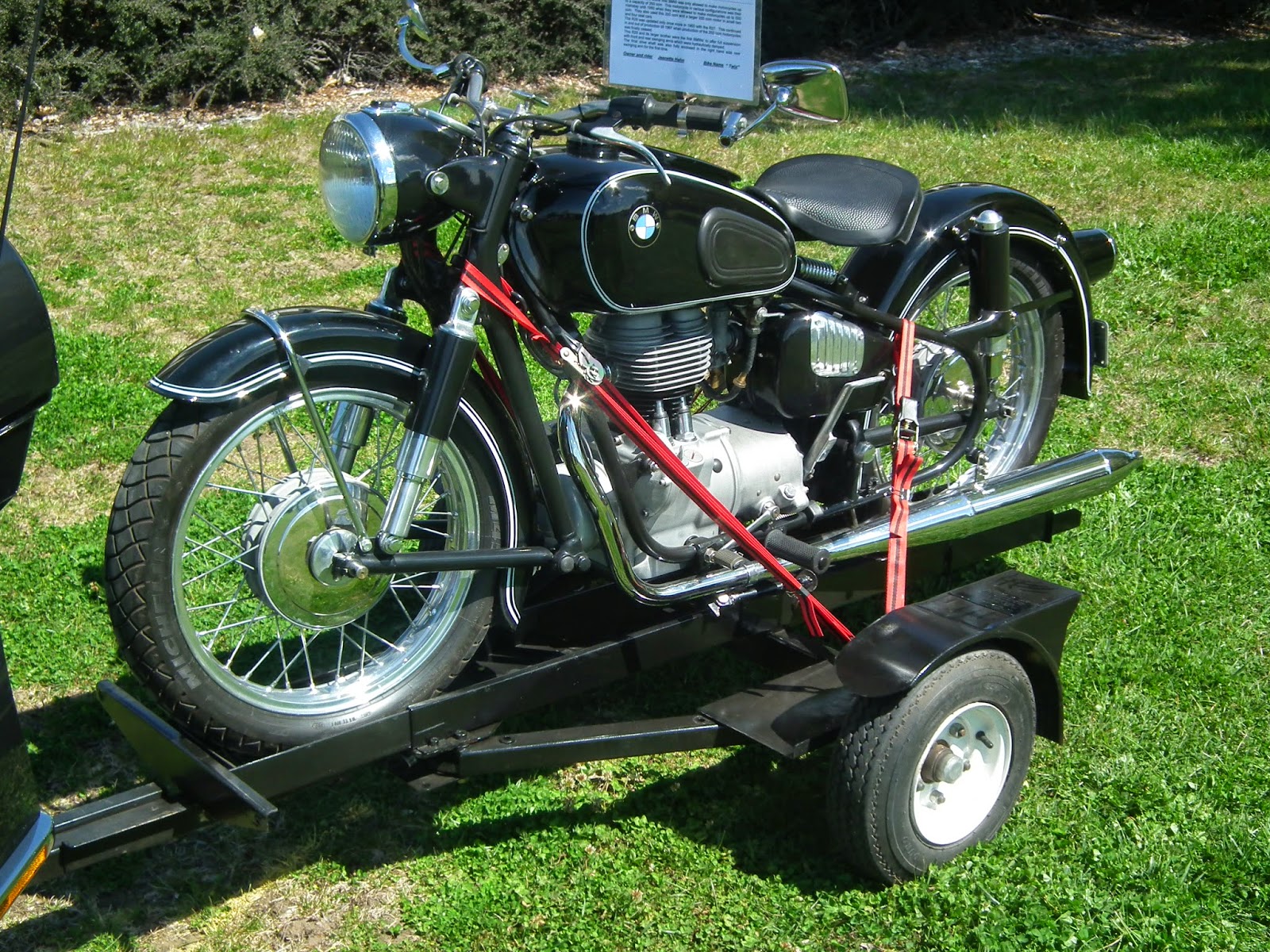 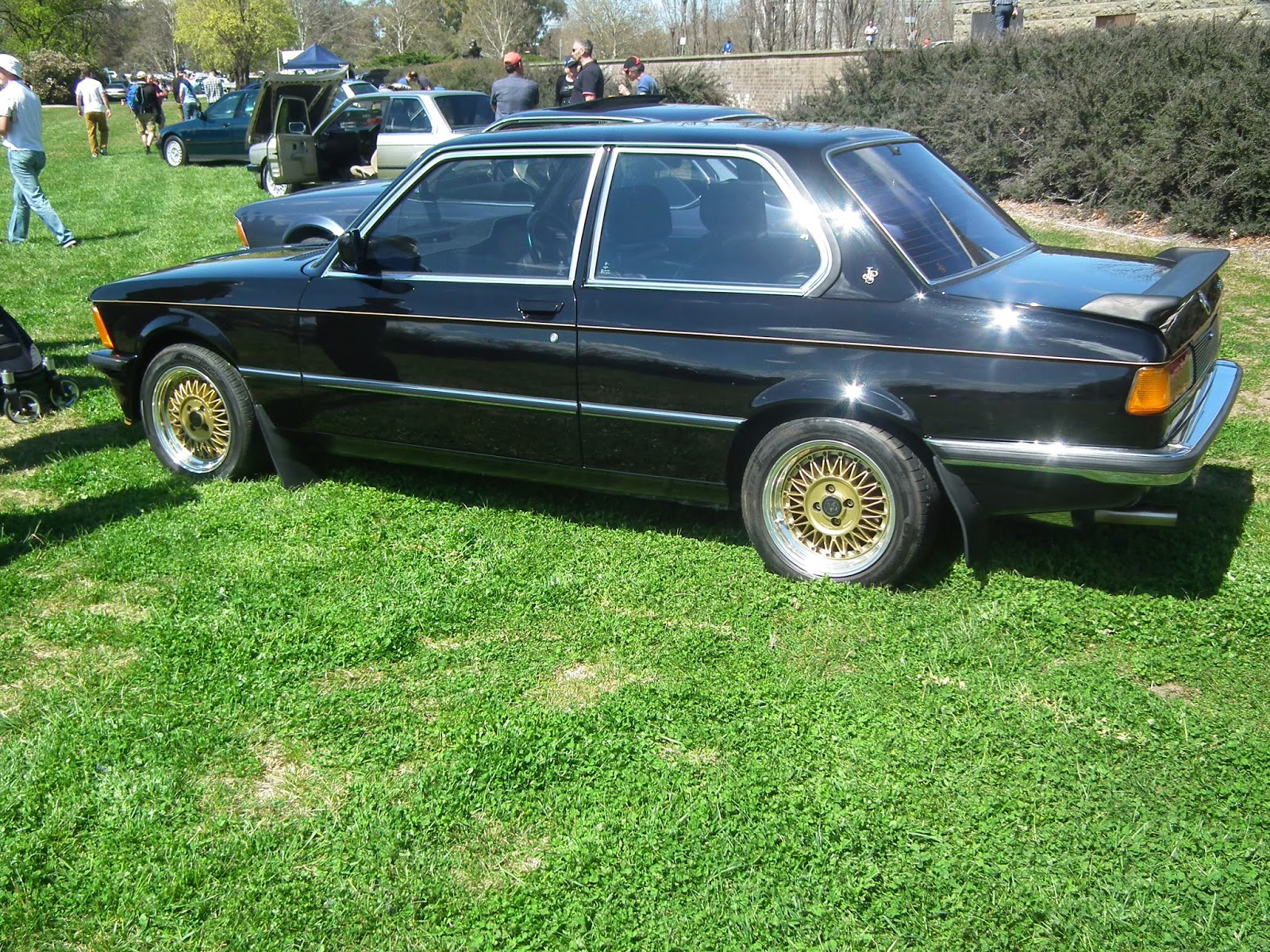 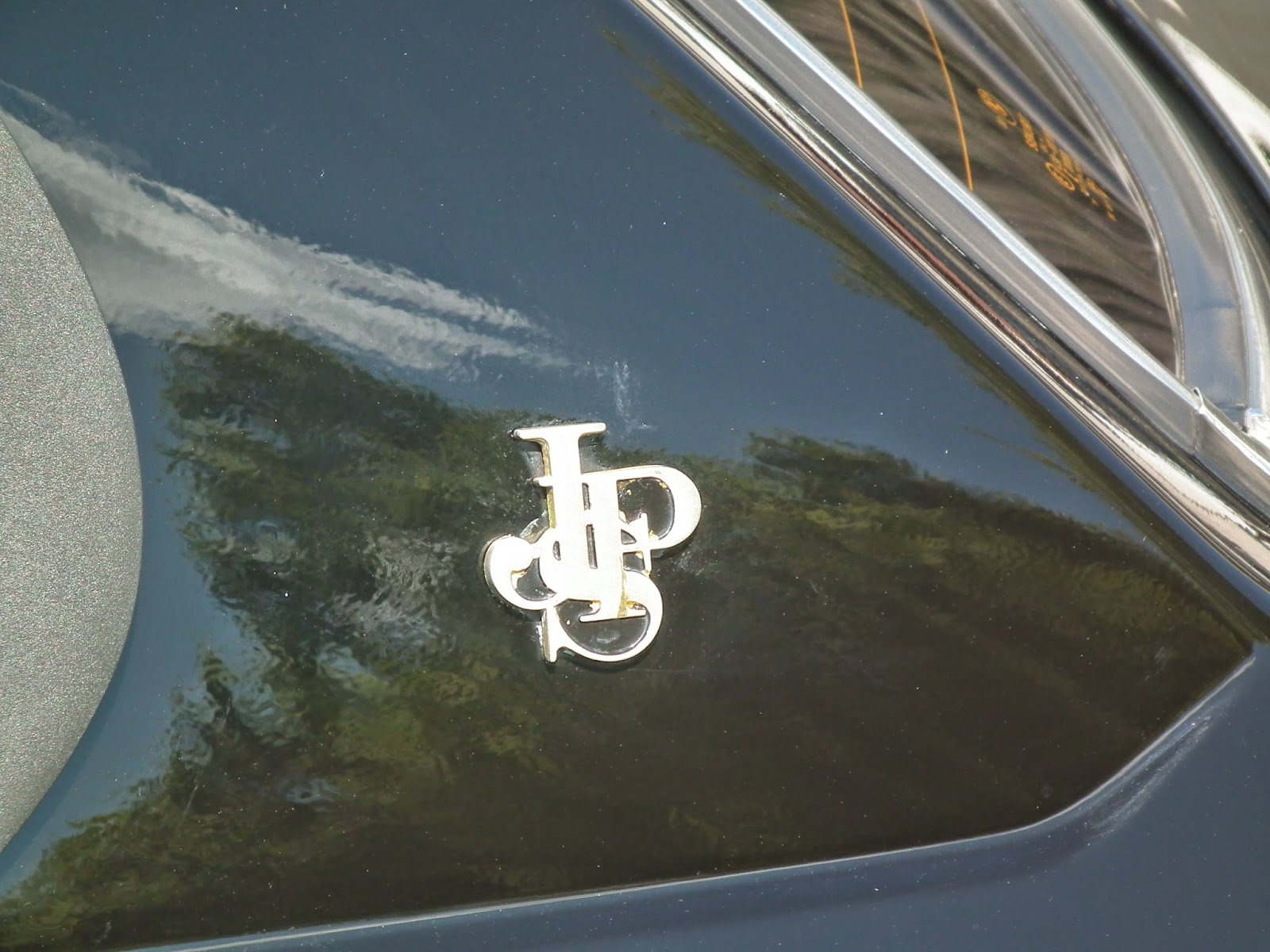 I feel like a cool refreshing John Player Special for some reason. 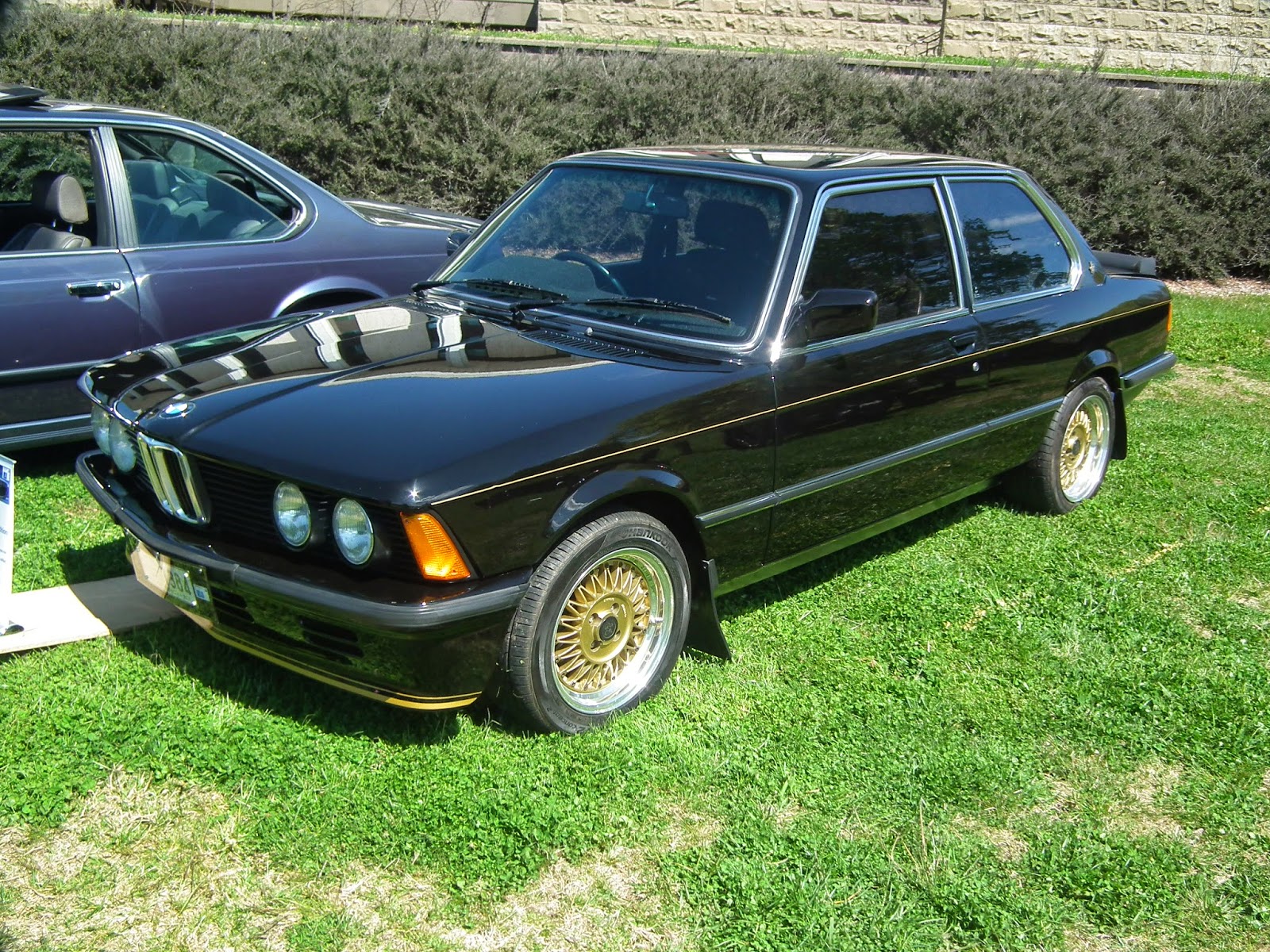